Cat advocates are protesting online and in person against a cat in the rafters of the West Valley Walmart loading dock in Yakima.

The manager of 6600 W. Nob Hill Blvd. Walmart said the store was trying to capture the cat so he could be adopted. Animal advocates say the store is mishandling cat rescues.

Depending on which side is telling the story, the situation began on either Monday, October 18 or Thursday, October 21, when the cat was discovered in the upper rafters of Walmart’s loading dock.

A store employee contacted Koda Stacy, owner of Koda’s Rescue Kittys, a Yakima organization that traps and neuters feral cats, then releases them or gives them to other groups for adoption.

“I was originally contacted by an employee last Monday, nine days ago, who told me that a cat was stuck in the rafters of the cargo area,” Stacy told the Yakima Herald-Republic. Wednesday. “It’s a dangerous area for a cat, so I offered to help.”

Koda’s Rescue Kittys has trapped, neutered and released between 300 and 400 cats in the Yakima area this year, Stacy said, and has assisted in the adoption of about 500 cats, either through local agencies or by transporting the animals to the west side of the state.

Stacy said store officials refused both her help and that of other community organizations, including Underground Community Cat Rescue and Yakima Valley Pet Rescue, over liability concerns. Stacy said the store also refused help from the Yakima City Animal Control Department and instead hired a company to capture the cat.

Stacy posted about the situation on Facebook, then was joined by around 20 other cat advocates at a protest along Nob Hill Boulevard on Saturday, as the cat had still not been rescued, despite being received food and water from store employees. The animal remained in the rafters Wednesday afternoon, Stacy said.

“It shouldn’t take nine days to get a cat out of the rafters – all you need is a ladder or a lift and a pair of gloves. It should take about 30 minutes,” she added. “I’m disgusted with how they handled this.”

Store manager Fernanda Jones disagrees with most of Stacy’s accounts. She thinks she and her employees reacted appropriately and that the situation was “exaggerated”.

Jones said she was made aware of the cat’s existence on Thursday, Oct. 21, and contacted the city’s animal control department. The officer informed Jones that the cat was hiding in a corner and would come out when ready.

Jones contacted a company who recommended an animal rescue organization Naches capture the animal. A live trap was set with food and water. So far, the cat has been able to eat and drink from the trap without getting caught, Jones said.

“The cat doesn’t trigger the trap,” Jones told the Herald-Republic on Wednesday. “He eats, then goes back up (to the rafters).”

She declined to name the Naches group or the individual trying to save the cat “because the guy is getting threats and so much harassment about it.”

“It was so inflated out of proportion. People say we’re going to hurt the cat, we’re trying to kill the cat – none of that is true,” Jones said. “We are trying to capture him so he can be given up for adoption.” 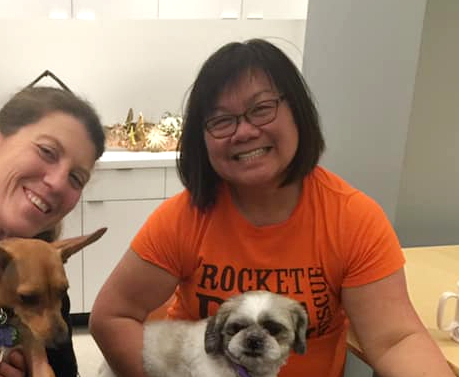